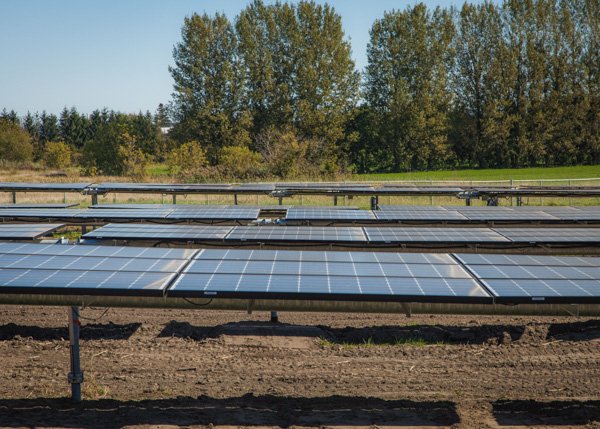 Over the course of just seven weeks in early 2018, 94 members of the Ottawa Renewable Energy Co-operative invested nearly $860,000 in local solar power projects. This was the first half of the Co-operative’s sixth series of local solar investments.

This was the Co-operative’s shortest offering to date, producing a remarkable amount of investments all from residents of Eastern Ontario, contributing to the ever-growing renewable energy transition in Easter Ontario.

These investments will be used to finance two new solar power projects located on Ottawa-area high schools. Our final investment total exceeded our target of $750,000, but with several other projects on the horizon, the Co-operative will be putting these investments to work in the very near future.

During the offering, the Co-operative saw its membership grow to 736 members, up from 704 at the offering’s official start date. Of these 32 new members, 25 were investors, and they were joined by 16 other first-time investors. The nearly $860,000 invested over the 7-week offering is enough to offset approximately 111 tonnes of greenhouse gas emissions per year.

If this offering is any indication of the state of social impact investing in Eastern Ontario, one can rest assured that residents of the region are continuing to seek out investment opportunities that benefit not only their own portfolios, but also options that bring social, environmental, and economic benefits to their communities.

Since 2012, the growing membership of the Ottawa Renewable Energy Co-operative has invested almost $7.9 million in Eastern Ontario’s local solar power development. The Co-operative has either installed or is in the process of financing a total of 19 projects across the region, with a total capacity of 2.5 megawatts of renewable energy generation.

Want to join the energy transition and invest in future offerings? Click here!