What’s in it for Quebec?

One of the questions we frequently hear about the idea of increasing water imports to Ontario is
“What’s in it for Quebec?”

As it turns out, quite a bit. According to the Commission sur les enjeux énergétiques du Québec, which looked into the province’s energy future in 2013, the province will be exporting the majority of its power at low prices (about 3 cents per kWh) for the foreseeable future. That’s because shale gas and increased efficiency have put strong downward pressure on electricity prices in the U.S. Northeast, and because Quebec simply cannot export any more power during peak periods to the U.S. market due to transmission line constraints.

Quebec is hoping that new transmission lines will help it address the latter problem, but these lines will take some years – and hundreds of millions of dollars – to construct and not everyone on the U.S. side is welcoming of new transmission corridors through places like the Adirondack Mountains. 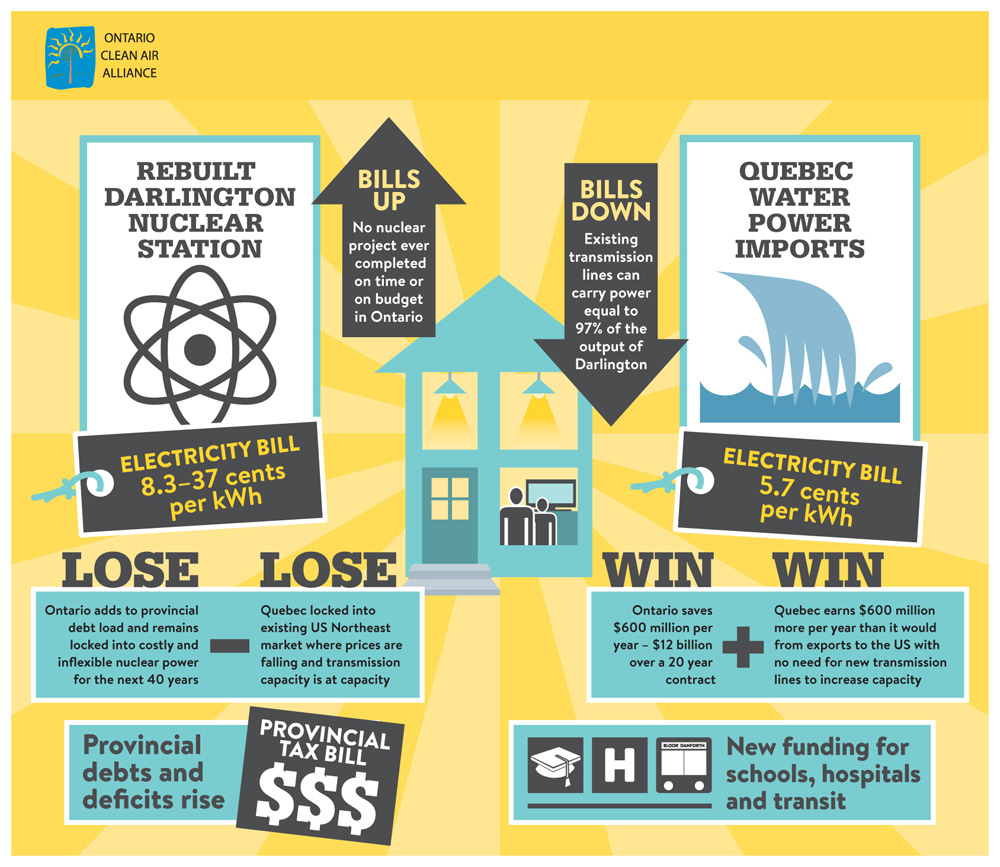 So what’s a province with a growing surplus of water power to do? Well, one idea is to split the difference between the price of Quebec’s exports to the U.S. and Ontario Power Generation’s forecast of the cost of power from a re-built Darlington Nuclear Station in Ontario (currently 8.3 cents per kWh). This would allow Quebec to earn substantial additional revenues – in the order of $600 million per year – without having to string a single kilometre of new transmission line.