March 6 – Screening of ‘Power to Change’ 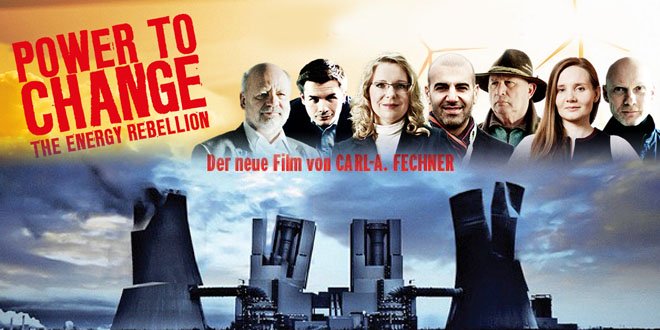 The Ottawa Renewable Energy Co-operative (OREC) and the German Embassy of Ottawa are partnering with Ecology Ottawa for the Ottawa premiere of the German documentary "Power to Change – the Energy Rebellion." The film will be followed by a discussion with by Rainer Hinrichs-Rahlwes, Vice-President of the European Renewable Energies Federation.

The film shows the conflict over Germany's energy revolution, which began as a grassroots movement and is being advanced through decentralized, regional players. It draws upon the personal stories of people who have taken the responsibility for their energy supply and the protection of their natural livelihood into their own hands. It’s a film that aims to put an end to the doomsday scenarios and the cynical discussions over the feasibility of the energy revolution. It’s entertaining, exciting and fascinating, without succumbing to moralistic preaching.

Free to attend. Registration is mandatory. Reserve your seats today!

A big thank you to our event partners…

Germany celebrates Canada’s 150th anniversary of confederation. A series of exciting events from coast to coast, from concerts to exhibitions, will join the Canada 150 festivities. Feel free to participate in the events. Visit www.SoGerman.ca for more information.

In Canada, the Federal Republic of Germany is represented through the Embassy in Ottawa and the Consulate Generals in Montreal, Toronto and Vancouver. Canada and Germany enjoy close and friendly relations, reflected in their active cooperation on the international stage as well as their healthy economic and investment relations. Both countries benefit from their strong cultural and academic connections and people-to-people contacts. Our daily work includes working closely with German Organizations and NGO’s. From economy and science to culture, every year, the German Embassy and Consulate Generals organizes and sponsors a variety of events and lectures. We would like to invite you to be part of the lively exchange between our two countries.

Ecology Ottawa is a not-for-profit, grassroots and volunteer-driven organization.  We believe that Ottawa residents are concerned about issues such as climate change, pollution and waste, and that they want sustainable communities where clean energy, air, and water, public transit, recycling, and green space protection take priority. We provide residents with the information and tools they need to understand local environmental issues and promote environmental leadership at city hall.

We work to make Ottawa the green capital of Canada. Join the movement at EcologyOttawa.ca