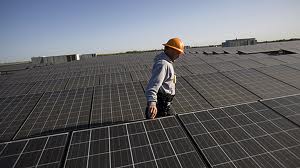 In 2009 Ontario leapt to the forefront of energy policy in North America when it introduced the Green Energy and Green Economy Act.

For those south of the Canadian border it was a surprising turn of events. Accustomed to thumping our chests and shouting to the rooftops how we are the “first” in this or that policy, Ontario forced some of us to turn to our atlases to find it on a map. No, it’s not a suburb of Los Angeles, we learned, but the most populous province in Canada and the country’s industrial heartland.

What we also learned was that the “cold white North” had created the most progressive renewable energy policy in North American in three decades. First, it was a policy open to all, not just to the Florida Power & Lights of the world, but to all its own citizens. “Imagine that,” we Yankees thought, “giving the right to generate electricity for a profit to its own citizens. Why, it sounds downright . . . Jeffersonian.”

Further, we learned that those hockey-playing, ice-wine swilling Canadians created a true “renewable energy” policy, not a “wind” policy, or a “solar” policy, but a policy that included all renewables. In fact, it seemed that the Green Energy Act was actually designed to do what its visionary politicians said was the purpose–make an energy transition possible. This was all a bit shocking, accustomed as we are in the states to legislation as simply a vehicle for a few glowing press releases touting some token program that no one takes seriously.

We learned too that those Ontarians had the audacity to say they were going to close their coal-fired power plants—all of them–because they were bad for the health of their citizens. And then they went ahead and actually did it—ahead of schedule.

What is it with those Canadians? Haven’t they heard of the Koch brothers?

It was enough to turn a Californian green with envy.

And for a time Ontario was installing more and wind and more solar than. . . sunny California.

Alas, the status quo reared its ugly head and said, “Hey, wait a minute. They really are doing this. It’s not just talk.”

The nuclear industry felt threatened, as well they should. “Today coal, tomorrow it will be nuclear” became their battle-cry as they stoked their minions to the barricades.

In the tumult, Ontario lost its way. Provincial politicians it turns out were human after all and much more like their counterparts in the states than they were different. They flubbed badly on building some gas-fired power plants and went all weak-kneed before the nuclear juggernaut. They began whittling away at the Green Energy Act. First, they sidelined offshore wind to appease some locally noisy constituents, then began putting caps on how much renewable energy could be built as contracted capacity began to bump up against the must-run, provincially-owned, nuclear plants.

Soon Ontario became an also ran in the solar sweepstakes behind . . . New Jersey—always a hot-bed of solar innovation. And California resumed its self-proclaimed rightful place as the leader in renewable energy in North America.

But it’s hard to put the Green Energy Act genie back in the bottle once it got out. Ontario will have nearly 11,000 MW of new renewable generation on its system by 2015. Thousands of farmers and citizens have been given a taste of energy democracy as a result. They may like it, and want more.

In the meantime, Ontario did indeed close its coal plants—the first in North America to do so–and the flood of renewables attracted by its policy is washing up against the nuclear industry, flooding plans for new reactors and eroding support for expensive refurbishments.

Despite the setbacks, Ontarians can be proud of what they’ve accomplished. For a time, Ontario forced us in the states to look northward for policies to emulate, and models to follow. You allowed us to say, “If the Canadians, can do it. Why can’t we?” From a Yankee, there’s no higher compliment.