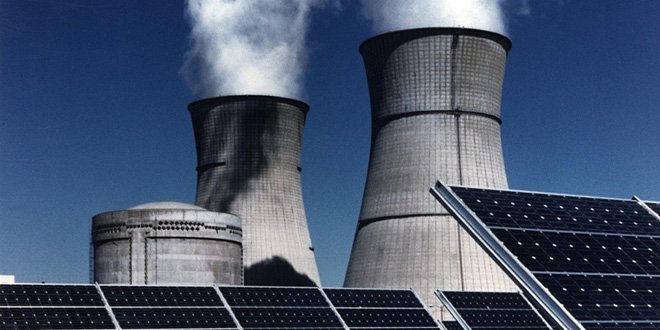 This article by Environment North president Graham Saunders was originally published in the Chronicle Journal on July 30, 2017.

The cost of generating electricity has come under considerable scrutiny in recent years. A recent breakdown of an average residential Ontario electricity bill in 2016 is as follows. The total was $176 per month. About half of the bill is from the cost of the electricity itself. Roughly a third of the bill is delivery charges and the remainder is taxes, regulatory charges plus other fees and rebates.

Ontario’s electricity is generated in many different ways. The 2016 electricity mix is about 63% nuclear, 24% hydroelectric, 6% natural gas and oil, 6% wind, and 1% for solar, biofuel and others. The cost to produce electricity from the above sources is shared among all Ontarians.

The cost of electricity in Ontario is made up of the market price of the electricity plus the “global adjustment”. In the opinion of the author this term, specific to Ontario, veils how electricity costs come to be, but this discussion would require a chapter, perhaps a book!

Moving on, global adjustment (GA) came into being in Ontario in 2009. By 2016, the GA covered 80% of electricity costs on statements. All Ontario electricity customers pay the GA but it is embedded, i.e. not stated, on most electricity bills. The GA is comprised of the differences between the market price for electricity and regulated rates for Ontario Power Generation’s nuclear and hydroelectric generating stations, contracted rates of other generators (including Bruce nuclear, gas, wind and solar generators), conservation and some other categories.

Wind and solar renewable energy tend to get much of the blame for rising rates of electricity. This is in part true but other generator rate increases, refurbishments, infrastructure upgrades and expansion, and conservation programs are also responsible. Some of these costs are related to ensuring sufficient and reliable supply after closing the coal plants. And while the implementation of wind and solar energy has been mismanaged it has succeeded in kick-starting the non-hydro renewable energy industry in Ontario.

Nuclear energy costs are not as widely reported in the media. The price of nuclear energy has increased between 2002 and 2016.  Ontario Power Generation, which operates Pickering and Darlington nuclear stations, prices increased 4.3 to 6.9 cents per kWh. Bruce Power, which operates the Bruce nuclear station, rates rose from 4.3 to 6.6 cents per kWh.

Ontario Power Generation is seeking permission from the Ontario Energy Board to raise its price of nuclear power in order to finance the continued operation of its high-cost Pickering Nuclear Station and the refurbishment of the Darlington Nuclear Station. Liability insurance is also increasing for the nuclear industry as a new Nuclear Liability and Compensation Act came into force on January 1, 2017. In addition, there are environmental concerns and financial costs associated with managing radioactive waste from the nuclear energy fuel cycle – from mining uranium, to decommissioning of nuclear reactors, to the safe storage of high-level waste which has to be safely stored for over 100,000 years.

Such policies could bring stable electricity costs for the foreseeable future. The reductions of the recently enacted Fair Hydro Act are costs that are being deferred or transferred to provincial revenues.  Likely counteracting these short term reductions are increased delivery fees for some jurisdictions – applications are before the Ontario Energy Board from Hydro One and Thunder Bay Hydro.

Environment North supports the phase out of nuclear energy. The Ontario Clean Air Alliance plan appears to be the most practical plan to control costs and further Ontario’s path toward a greener and cleaner electricity system.  In addition Environment North would support a simple electricity bill with a pricing scheme that does more to encourage conservation.

Graham Saunders is the president of Environment North; a regional coalition of environmental organizations and individuals.  Graham also teaches meteorology at Lakehead University, Thunder Bay. He does research and writing for several publications about weather, climate and energy issues.