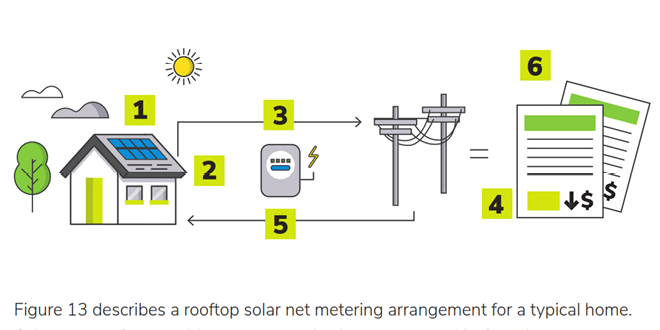 On October 26th, the Ontario Government released its Long-Term Energy Plan (LTEP), outlining the future of the province’s energy policies, many of which implicate the activities of the Ottawa Renewable Energy Co-operative.

The official report, entitled “Delivering Fairness and Choice”, is the first of its kind since 2013, and comes at a time when energy policy has become a hotly debated topic in Ontario.

The Ottawa Renewable Energy Co-operative has been preparing for the conclusion of the Feed-In Tariff (FIT) program in Ontario. With that said, it has certainly made the most of this program, participating in it since the first round of contracts in 2013. Earlier this year, the Co-operative was awarded four new contracts during the fifth and final round of contracts.

The LTEP firmly lays out changes to Ontario’s net-metering framework which presents promising opportunities for groups such as the Ottawa Renewable Energy Co-operative. Net-metering allows for the generation and self-consumption of electricity on a property through arrangements made with the local distribution company, such as Hydro Ottawa or Hydro One.

The graphic above demonstrates how net-metering works.

In Ontario, there will be no limit on the size of eligible generation systems. These systems will also be allowed to be paired with energy storage technologies. Alongside these changes are proposed legislative and regulatory changes that would allow third party providers, such as the Ottawa Renewable Energy Co-operative, to own and operative net-metered renewable generation systems. Unlike the FIT program, the Co-operative can install, own, and operate solar systems on the rooves of buildings and institutions within Eastern Ontario independent from the province’s electricity system operator, allowing the Co-operative to move quickly and expand its portfolio significantly.

Virtual net-metering would allow members of the Ottawa Renewable Energy Co-operative to purchase shares in a specific project located off-site and receive credits to offset their electricity bills.  Credits would effectively replace dividends and interest payments on investments made in renewable energy projects.

In collaboration with the Independent Energy System Operator (IESO), the province will support a select number of innovative renewable distributed generation demonstration projects, such as virtual net-metered projects that incorporate smart grid technologies. The Co-operative, likely in partnership with the City of Ottawa and Energy Ottawa, will be looking to finance, own, and operate such projects.

The roadmap laid out in Ontario’s LTEP contains promising developments for the Ottawa Renewable Energy Co-operative, a group that is poised to take advantage of the increasingly innovative renewable energy sector. Click here for the full report.

Supporting the energy transition in Eastern Ontario has never been easier. Residents can purchase a $100 lifetime membership share and amplify our collective voice when advocating for a more democratic and clean energy future. Read more about the benefits of membership.