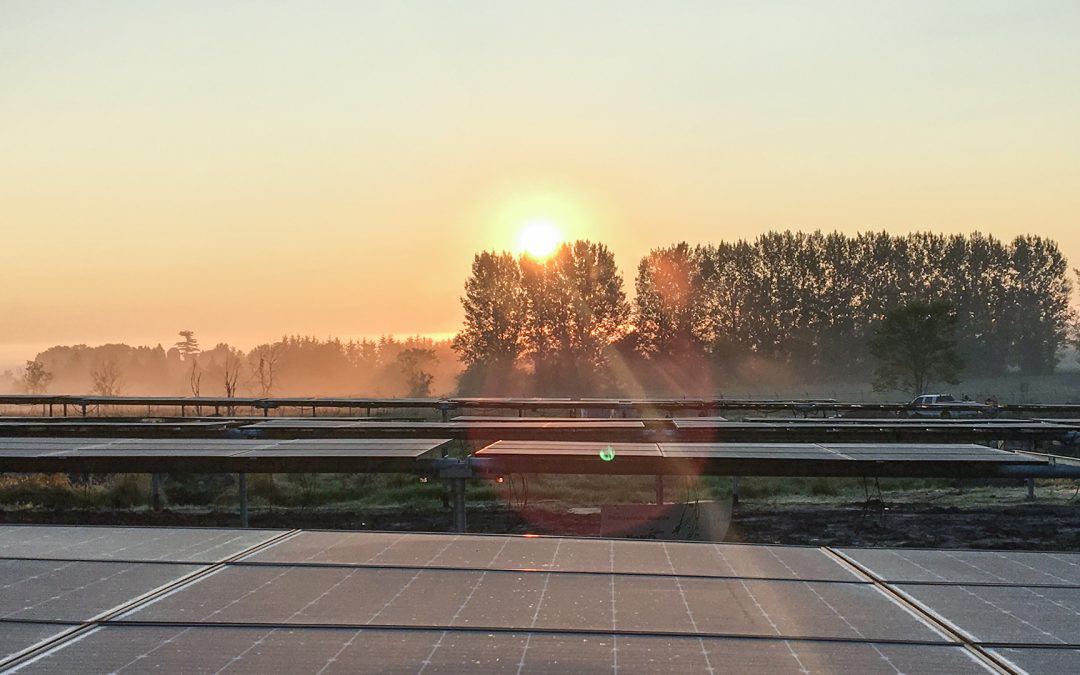 In the warm glow of the Red Lion Public House, 65 people came together to celebrate the launch of another local solar investment opportunity through the Ottawa Renewable Energy Co-operative.

The staff of the Ottawa Renewable Energy Co-operative shared the details of its 6th series of investments over refreshments which started a number of captivating conversations. The Co-operative is currently seeking to raise $750,000 from its membership by February 25th to finance two rooftop solar projects on Ottawa-area high schools. An impressive $50,000 was invested during the event, contributing to the $350,000 that has already been invested thus far.

The pair of new projects are being co-financed by the Co-operative and the Conseil des écoles catholiques du Centre-Est (CECCE), continuing the productive collaboration between the two groups. The projects will be built on two new high schools, Collège catholique Mer Bleue in Orléans and École secondaire catholique Paul-Desmarais in Stittsville, joining three other systems atop CECCE high schools. With generating capacities of 400 kW and 250 kW respectively, these systems are projected to produce around 670,000 kWh of clean energy per year. Both contracts were awarded during the fifth and final Feed-In Tariff round of contacts.

With a total of 17 projects to date all located in Eastern Ontario, the Ottawa Renewable Energy Co-operative has benefitted from fruitful partnerships with other locally-focused businesses and organizations such as Bridgehead and terra20, both of whom provided highly sought-after raffle prizes for the launch event.

Learn more about this current investment opportunity at orec.ca/invest.