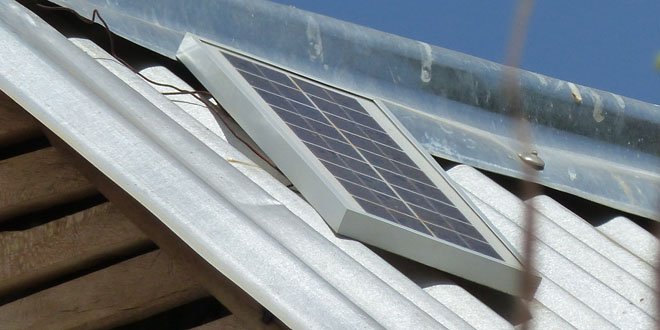 Roger Peters, an OREC Board Member, shares with us how solar technology is being used in Tanzania in a four part blog series.

Apaikunda Pallangyo and her family are farmers in rural Tanzania. She hosts a Farm Radio International radio `listening group’ of eight other farm women that meet once a week to listen to a local farm information program and phone in their questions. Apaikunda has done well from the improved farm practices she learned from the program using the increased income to build a new house and rainwater harvesting system and install a solar home system to provide lighting, and charge her and her neighbour`s cell phones. She does not own the solar system but buys time for its use through her cell phone mobile banking system.

The system consists of a single solar photovoltaic panel with a battery/control box unit inside the home, supplying two lights and a charging station. The system is provided by Off-Grid Electric, one of several companies offering solar home systems in Tanzania. The control box contains a mobile network activated switch that allows power to be drawn from their system as long as the customer has purchased sufficient time. Customers buy ‘solar’ minutes, just like they do for their cell phone minutes, through the mobile network banking system offered by companies such as AirTel Money used by urban and rural residents in Tanzania.  The solar system will only provide power if the resident has a credit balance. Cell phone users can buy solar minutes from savings earned through the sale of crops or borrow from the company.

Before the solar system Apaikunda and her family used kerosene for lighting. Their weekly outlay for solar light is the same as they used to pay for kerosene – but without the environmental hazards and with much better quality light.

80% of Tanzanians are farmers and over 90% have cell phones, but have no grid or internet connection, so this model of development can be replicated with very little support.

In Part 3 I will describe the solar drying system that farmers hope to use to add value and storage life to their products. 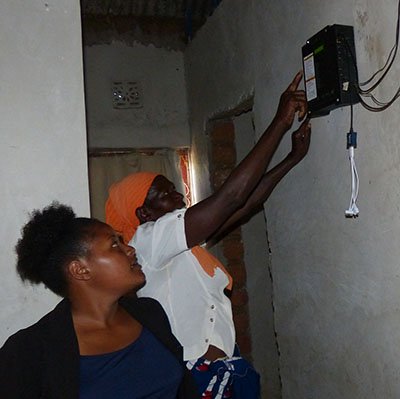