“First in Canada” sustainability initiatives announced by Beau’s All Natural 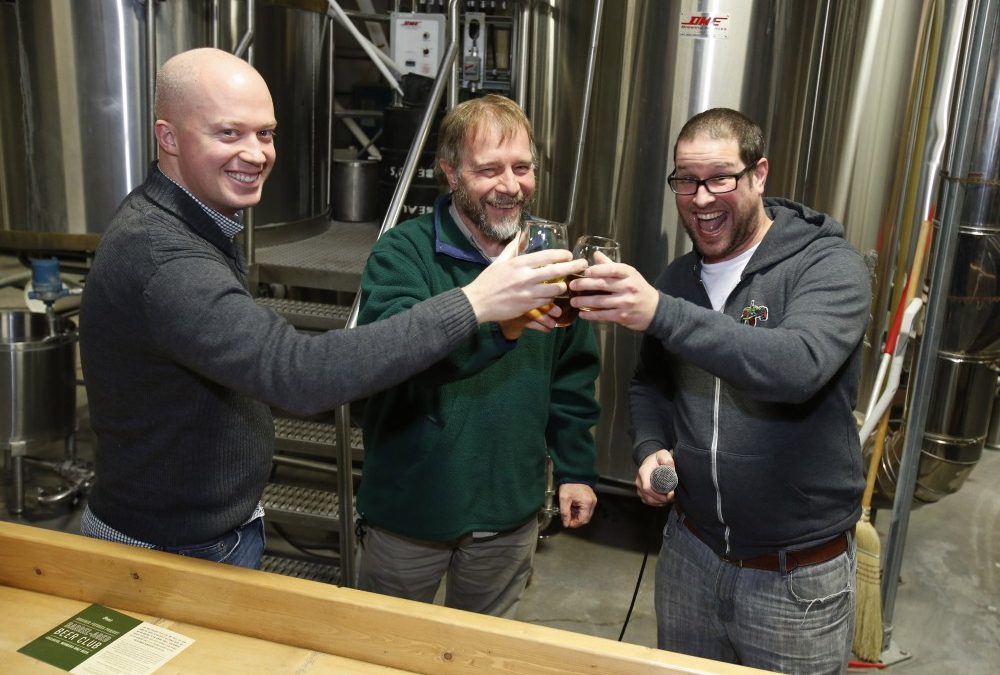 New partnership with Bullfrog makes Beau’s the first brewery in Canada to green its energy with 100% green natural gas and 100% green electricity; plus big investment into local solar energy through OREC.

Beau’s All Natural Brewing Company has announced two new sustainability partnerships that take the local business into uncharted territory for Canadian breweries. A new partnership with Bullfrog Power makes Beau’s the first brewery in Canada to green its energy with 100% green natural gas and 100% green electricity. Beau’s also has signed on to help finance local renewable energy builds over the same timeframe though a partnership with Ottawa Renewable Energy Co-operative (OREC).

The new partnerships are part of the Beau’s Greener Futures Project, a sustainability-themed members-only beer club launched in 2011. At that time, Beau’s was looking to raise funds to install solar panels on its roof, so it created a line of barrel-aged beers that were available exclusively through Greener Futures, and sold memberships in this club to raise funds for the solar installation. When Beau’s ran into roadblocks that made the solar project as envisioned not feasible, Beau’s looked to “take lemons and make beer out of them,” says brewery co-founder Steve Beauchesne.

“With our new partnerships in place, we’ll be reducing the environmental impact of our current electricity consumption, as well as our natural gas, with green power generation, and we can take it a step further and work on significant new green energy for the future with OREC,” notes Beauchesne. “We will still install a small solar array at the brewery in 2015 that will generate power for our onsite needs, but we’ve be able to do so much more by looking at this a different way.”

Sourced from a unique, ground-breaking methane-capture project situated on one of Canada’s thousands of landfill sites, Bullfrog’s green natural gas is a climate-friendly alternative to conventional, polluting natural gas. Through this innovative technology, biogas is captured, cleaned up, and put into the national natural gas pipeline, displacing fossil fuel-based gas and reducing CO2 emissions into the atmosphere.

Beau’s and Bullfrog, through its Bullfrog Builds program will also be jointly investing in a local renewable energy project near the brewery that benefits the local community. Beau’s will be looking for a suitable location and community partner in 2015.

In addition, Beau’s adds to the local element with a newly arranged partnership with Ottawa Renewable Energy Co-operative (OREC) that will see the local brewery contribute funds to accelerate OREC projects though the Greener Futures Project membership.

Founded in 2010, OREC (Ottawa Renewable Energy Co-Operative) is a co-operative business that brings Ottawa residents together to invest in local renewable energy projects within their community, keeping the electricity, profits, and jobs within Ottawa. OREC was one of the first renewable energy co-operatives in Canada.

Beau’s All Natural’s Greener Futures Project members will receive an immediate $20 ROI when they purchase a membership in OREC. Additionally, for every GFP member who invests $2,500 or more in OREC, Beau’s will contribute an additional $1,000 (in the form of a low-interest loan) to OREC to help them get more renewable builds on the go more quickly.

Over the next three years, Beau’s expects to contribute $100,000 to OREC, and hopes to generate $600,000 of OREC investments from its Greener Futures members. This total of $700,000 will finance a complete renewable energy project in Ottawa that will generate 250,000 kWh of solar energy per year, for 20 or more years.

With this exciting announcement of its achievements in Phase 1, Beau’s Greener Futures Project Phase 2 was also launched Nov. 15 – club memberships are $125 annually, and entitle members to 10 limited edition barrel-aged Beau’s beers per year, plus a set of members-only glassware. Members can pick up their beer at the Vankleek Hill brewery, at a pick-up location in Etobicoke, ON, or can have them delivered in Ottawa for a small fee through BYBO (www.bybo.ca). More information about the club and signup details are available at www.beaus.ca/greenerfutures.

BEAU’S All Natural Brewing is a family-run craft brewery founded in 2006. BEAU’S brews interesting, tasty beers using the highest-quality organic ingredients & local spring water. A member of the Ontario Craft Brewers, BEAU’S is a recipient of numerous international awards for brewing excellence, including 2 GOLD medals at Mondial de la Bière (Strasbourg, France, and Montreal, Quebec); 6 GOLD medals at the Canadian Brewing Awards, 7-times “Best Craft Brewery in Ontario” (2007-2013) and 5-times “Best Craft Beer in Ontario” (2007-2011) at the Golden Tap Awards; LCBO Brewmasters Cup Champion (2013); and “Best Beer” and “Best Brewery” at the National Capital Craft Beer Festival (2012-2013). BEAU’S received a Community Builder Award from the United Way (2013), and was CAFE’s 2010 Canadian Family Enterprise of the Year. BEAU’S flagship and seasonal beers are available throughout most of Ontario. BEAU’S entire line of beer is certified organic by Pro-Cert Organic Systems Ltd, and BEAU’S is a Certified B-Corp.