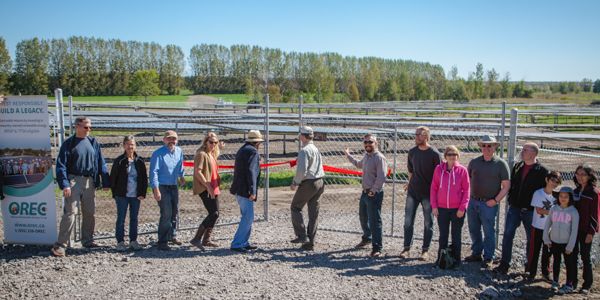 On an uncharacteristically warm fall day, 85 people gathered in Alfred, Ontario to celebrate the launch of a unique, first-in-Canada solar power project.

Dubbed the “Alfred Project” for its location in the heart of Alfred, the 500 kW ground mount solar PV system is built in partnership with the Keewaywin First Nation on land owned by the Township of Alfred and Plantagenet; making it the first project of its kind in Canada.

The system will feed 890,000 kWh of clean electricity into the Ontario grid annually for the next 20 years; equivalent to continuously powering 100 homes. Generating electricity from solar panels will mitigate 35,600kg of CO2.

The Ottawa Renewable Energy Co-operative is a part-owner of the system and empowers communities to support the growth of the local renewable energy sector through responsible investments by individuals.  GP JOULE built the system using its leading-edge PHLEGON® solar tracking system; an innovative single axis tracker that follows the sun throughout the day to maximize energy production.

The Co-operative organized the launch event to demonstrate how individuals can play an active role in generating clean electricity close to home and to thank the investors and actors who made this project a reality.  Participants were treated to a BBQ lunch and in-depth, bilingual walking tours by Madeleine Denis; an OREC volunteer and supporter.  About half of the participants reside near the project with the balance coming from Ottawa.

A launch ceremony during the event included brief presentations from:

Also in attendance were:

Owned by the Community

Hundreds of individuals invested as little as $2,500 to finance the project; making it the first community-owned solar power project in Prescott-Russel.  Residents of Eastern Ontario can invest in the co-operatives 17 project portfolio as early as winter 2017 and earn a fair return.

Most regions in Eastern Ontario are under-served by renewable energy co-ops due to the significant commitment required from volunteers to manage a co-op.  The Co-operative makes it easier for residents of Eastern Ontario to invest in projects close to home by building new projects outside of Ottawa.

Congratulations on winning the $75 Camino gift basket!  It was jam-packed with chocolate, coffee, and hot chocolate.  Thank you La Siembra Worker Co-op for the generous donation. 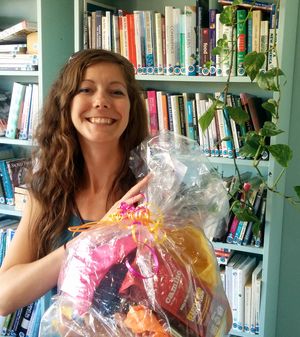 Thank you to our Event Partners & Sponsors

Valu-Mart in Alfred – Donation of cheese and vegetable trays

Bullfrog Power – Made the event powered with renewable energy and donated 1-month of free power to all participants – https://www.bullfrogpower.com/ 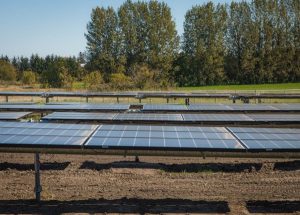 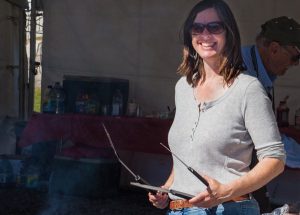 OREC Board Member, Sally McIntyre, at the BBQ 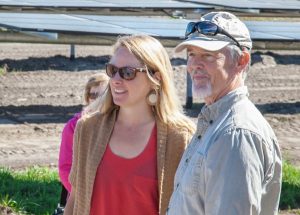 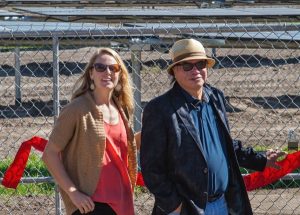 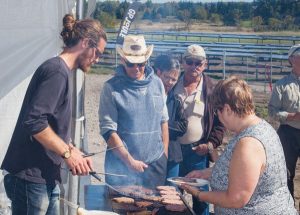 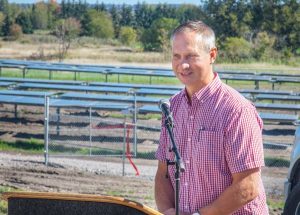 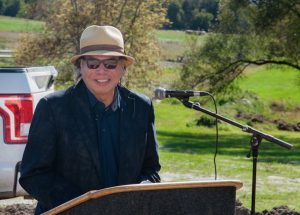 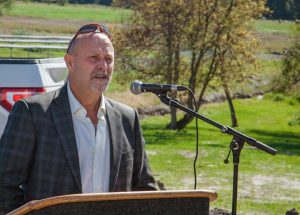 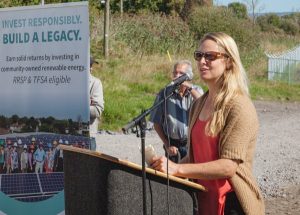 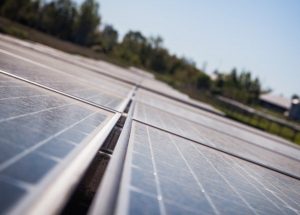 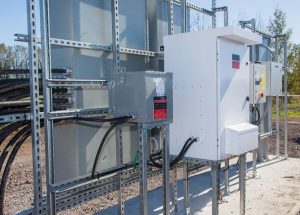 Photo of the UPS (uninterruptible power supply) and the accompanying transformer 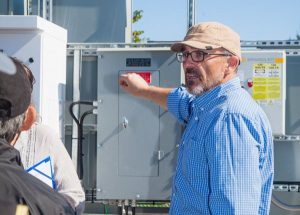 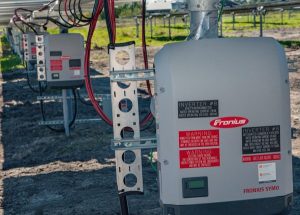 Photo of the Fronius inverters 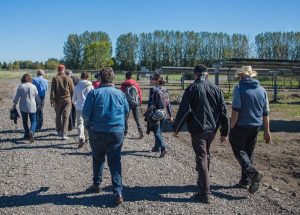 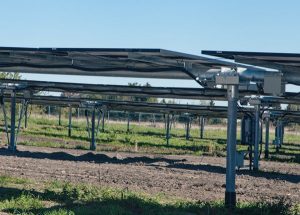 Photo of the solar array 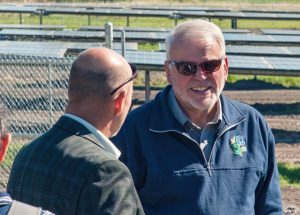 René Beaulne, a township councillor, chats with Fernand Dicaire, mayor of the Township of Alfred and Plantagenet